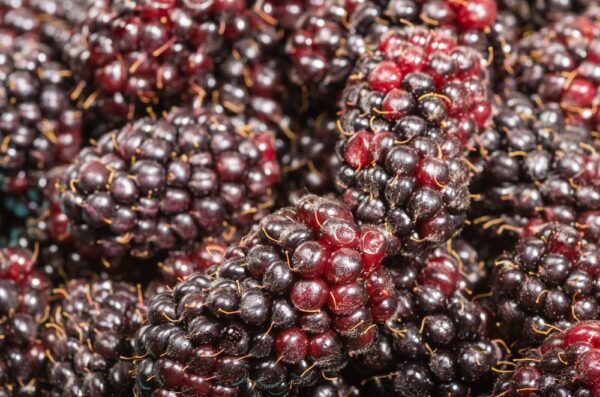 The Marionberry is known as the queen of blackberries with a complex and rich earthy flavor that skirts that edge of bitterness found in many blackberries. Many tasters find a similarity between marionberries and the rich earthy juiciness of Cabernet grapes. It is sweeter and juicier than the Evergreen blackberries found in wild brambles up and down the West Coast. It is a large-sized blackberry that ranges in color from very dark red to true black.

The Marionberry was developed at Oregon State University in 1945 by crossing a Chehalem blackberry (a berry with native blackberry, Loganberry, and raspberry in its background) with a Olallieberry (itself a blackberry cross) and named after Marion county in Oregon. The Marionberries are still held up as the blackberry to beat by berry breeders.

These sweet-tart berries have a rich delicious flavor. Conical-shaped fruit is high in vitamins, antioxidants, and is a good source of fiber. Also called “marion blackberry”. Prized fruit in many states this favored berry is delicious in pies, jams, jellies, and syrups. Plant has a trailing growth habit. Descendant of native blackberries, raspberries, and loganberries. 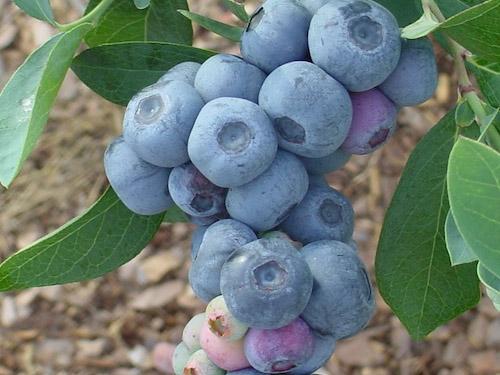 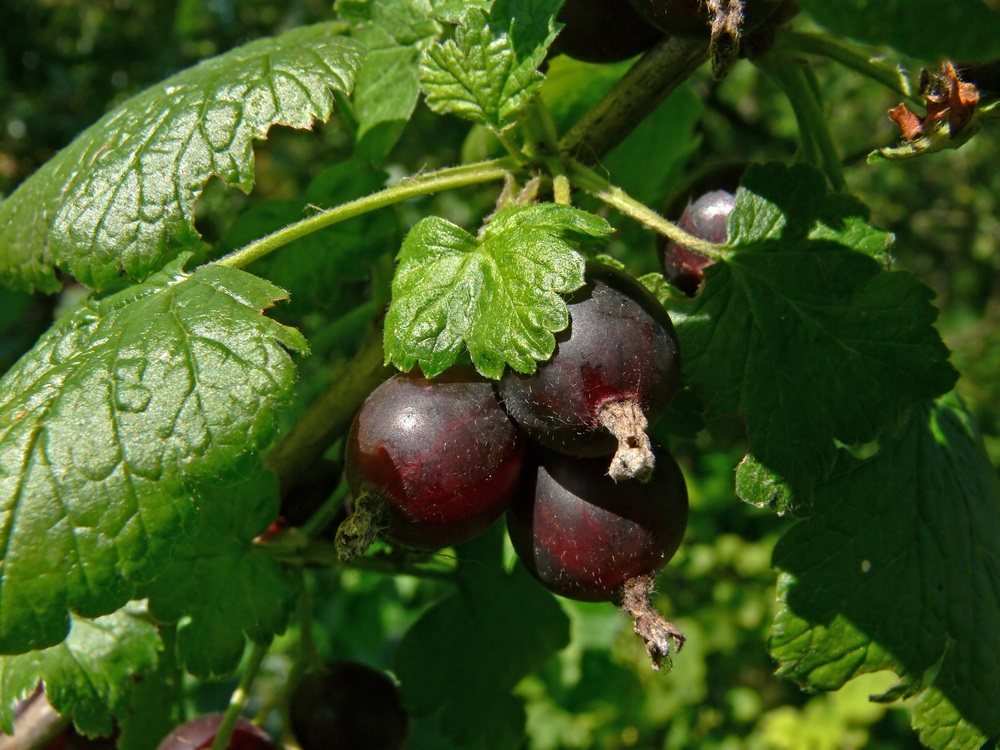 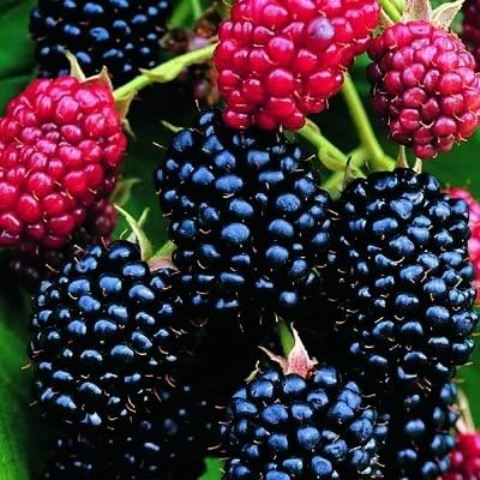