Farming is an unpredictable business. If it’s not one thing, like the weather, it’s a whole host of other things: lagging markets, soaring fuel prices, limited labor availability and opportunistic pests and diseases.
But then there are the good days.
Oct. 8 was one of those days for Ison’s Nursery & Vineyards. The Ison family traveled from Brooks to Perry to work a booth in the Georgia Grown Building at the Georgia National Fair. That’s
where Gov. Nathan Deal snagged their newest plant catalog before participating in opening ceremonies for the building, which educated fair-goers about the growing business of Georgia agriculture for the run of the fair Oct. 8-18.
The catalog, according to Deal, is as inspiring to muscadine lovers like himself as Sears & Roebuck’s Christmas Wishbook once was to toy-loving children preparing for Santa’s arrival.
“You can see all you need in there,” Deal said.
Agriculture is a $71.1 billion business in the state and growing, Deal said, and it’s largely due to the persistence and ingenuity of farm families like the Isons.
“Knowing that Gov. Deal is a fan solidifies that we are doing the right thing in our business,” said Janet Ison, third generation owner of Ison’s Nursery & Vineyards along with her siblings. “It was an honor and we are humbled by the recognition that he gave us.”

Read More About Us on Page 12! 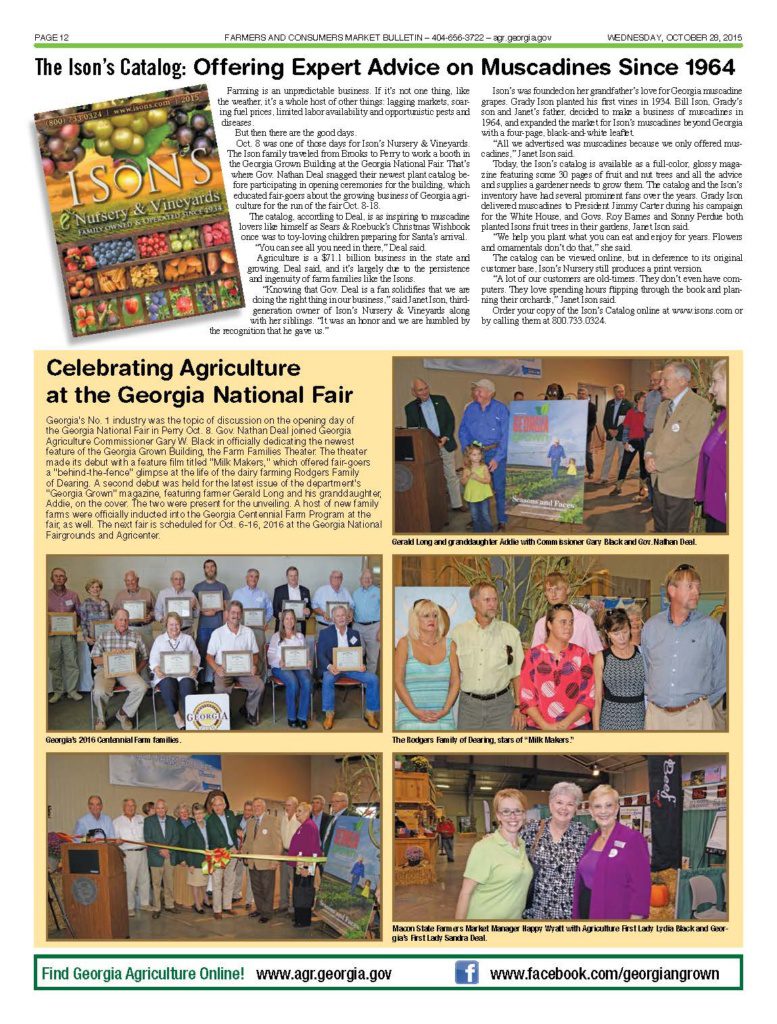